A brief history of the Bath and the Ritual of Bathing

Consumers today have renewed with the ancient use of spas and are creating sacred spaces at home dedicated to physical and mental well-being.

The bath of Nestor, King of Pylos: This Cretan terracota bathtub is said to be the oldest bathtub in the world. Even in this ancient era, the bathtub is already the central fixture of an area devoted to body care.

The Egyptians, for whom personal grooming is almost a sacred ritual, nevertheless have to await the arrival of the Romans to reap the benefits of a bath.

The use of thermal water dates back to the 6th century B.C.E., when the Greeks adopt bathing areas and baths for better hygiene. These baths are first built close to natural springs, which explains the strong tie between bath and bathing venue.

The Romans model their bathhouses on those of Ancient Greece, but make considerable structural improvements. In the 4th century C.E., the city of Rome has nearly 1,000 public baths.

End of the 4th century C.E.

With the arrival of aqueducts and heated water, the Romans build balneae, which are usually private.

In Islamic culture of the 8th century C.E., hammams are often found at mosques. Baths are for bathing, absolution, and purification. They will retain these functions until the end of the 19th century.

A bath in a bathroom in 19th century England. Lord John Russell is said to have invented the modern bathtub in 1880.

The first baths on American soil appear in 1830, while the first American bathroom is built in the White House in 1850 during the presidency of Millard Fillmore.

In 1908, Buffalo’s Statler Hotel offers a room with a bath for $1.50. Bathtub innovations are driven by the need to fit baths into rooms that aren’t designed for them.

Hydraulics come In 1950 and pave the way for hydrotherapy, which is integrated into the bath itself in 1968.

The inverted V is added to some of BainUltra’s collections. This innovative technology channels the thermo-massage to the most sensitive part of the bather’s back. 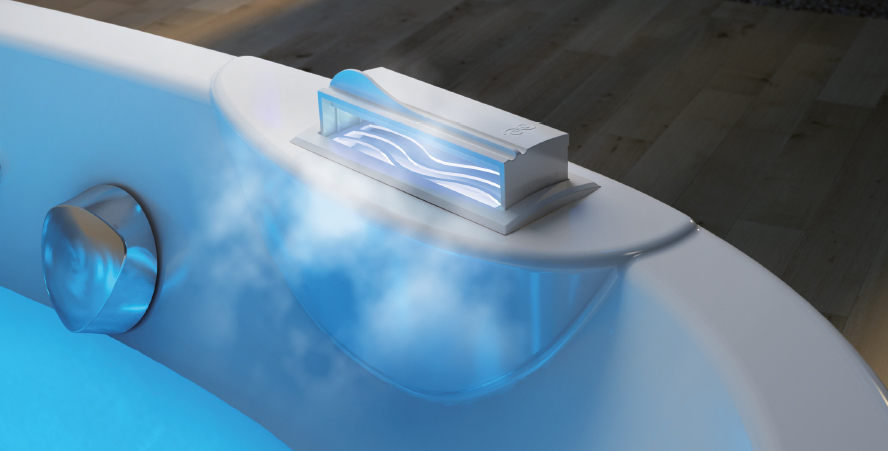 The ThermaSens is introduced, baths designed to deliver sensory experiences through three separate therapies: thermotherapy, chromatherapy, and aromatherapy. The ThermaSens also features two BainUltra innovations—the Warm Touch Shell (a system of rapid-heating zones) and the AromaCloud (a diffuser incorporated in the bath).